Warning: A non-numeric value encountered in /home/amaralankatours/public_html/wp-content/themes/PrasadOnline/lib/custom.lib.php on line 1390

Warning: A non-numeric value encountered in /home/amaralankatours/public_html/wp-content/themes/PrasadOnline/lib/custom.lib.php on line 1390

The Traditions of the Ramayana form an integral part of the shared cultural heritage of India & Srilanka. Sita Devi in Ashokvatika is one of the most important episodes in Ramayana.

After Lord Rama Returning to Sri Lanka, he felt his Brahmahati Dosham, burden of guilt at having killed a learned scholar such as Ravana, lightening and leaving him near Munneswaram. The name Munneswaram in Tamil needs to be split and understood as “MUN” meaning prior & “ESWARAM” meaning Divinity 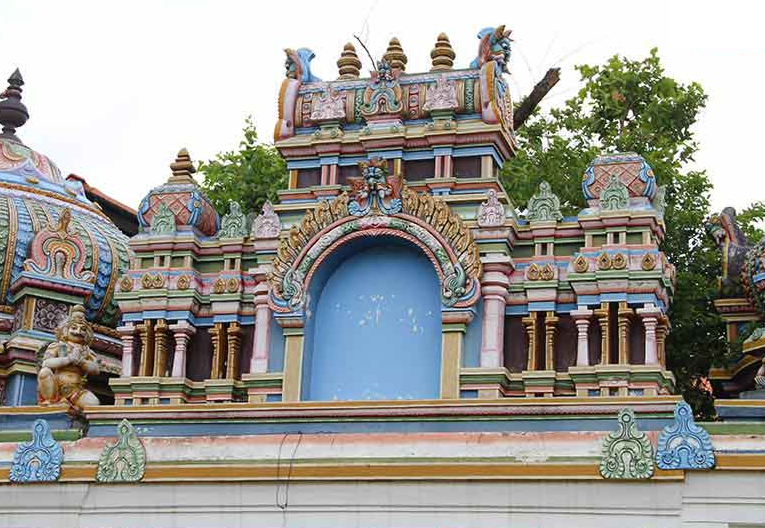 To earn and begin the grace of Siva, Rama is said made and consecrated Lingams

Manavari is first place where Lord Rama installed the Siva Lingam and prayed after the end of the war with King Ravana. This Lingam is Called Ramalingam because it was made by Lord Rama. Apart from this Lingam the lingam in Rameshwaram is only Lingam in the world which is named after Lord Rama.

Tirukonewaram was built by sage Agasthyar as per the instructions of Lord Shiva who was impressed by the devotion of King Ravana. This place has the uniqueness of the Lord building a temple for his devotee as a reward for his devotion. Lord Rama also offered his prayers on his return to get rid of the Brahmasthi Dosham

On the way to Nuweraeliya, one comes across 2 series of hills with a valley in between. These hills on either side of the valley are traditionally called the locals as Ramboda on the Northern Side and Ravanaboda on the Southern side 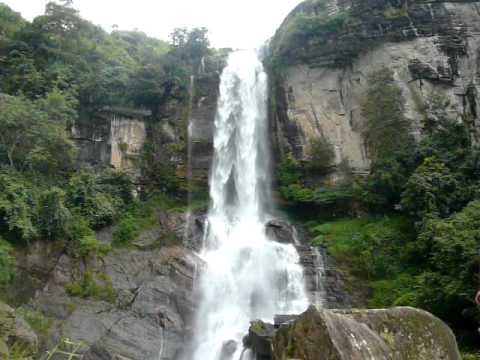 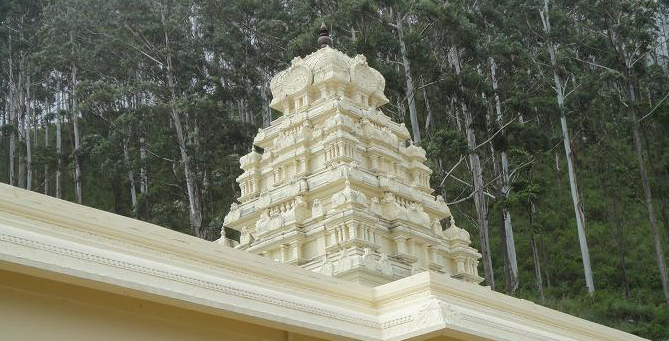 A very colourful temple, mentioned in the Ramayana as the place where Sita was held captive by Ravana and where she prayed daily for Rama to come and rescue her. As shown in the picture, the depressions which look like footprints belong to Ravana’s elephant. Many people, mostly Tamil, stop at this temple to perform pujas. 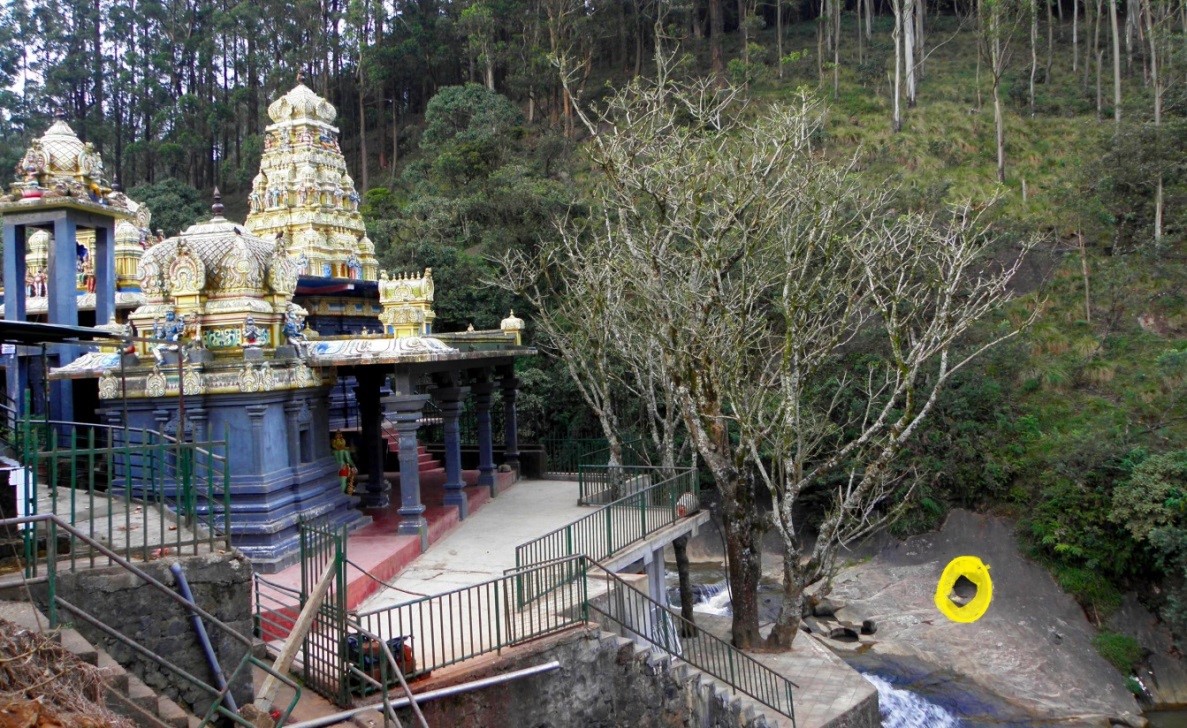 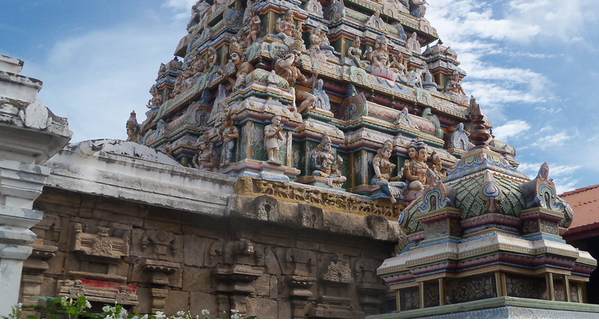 As per the Ramayana text, after the victorious battle, Rama came to meet Sita Devi and asked her to undertake Agni pariksha, attest by fire, to prove her chastity.

Divurmpola, which is close to Sita Eliya, as per local legends is that place, where the Agnipariksha is said have taken place. Divurmpola means ” a Place of Oath” in the local Sinhalese language. 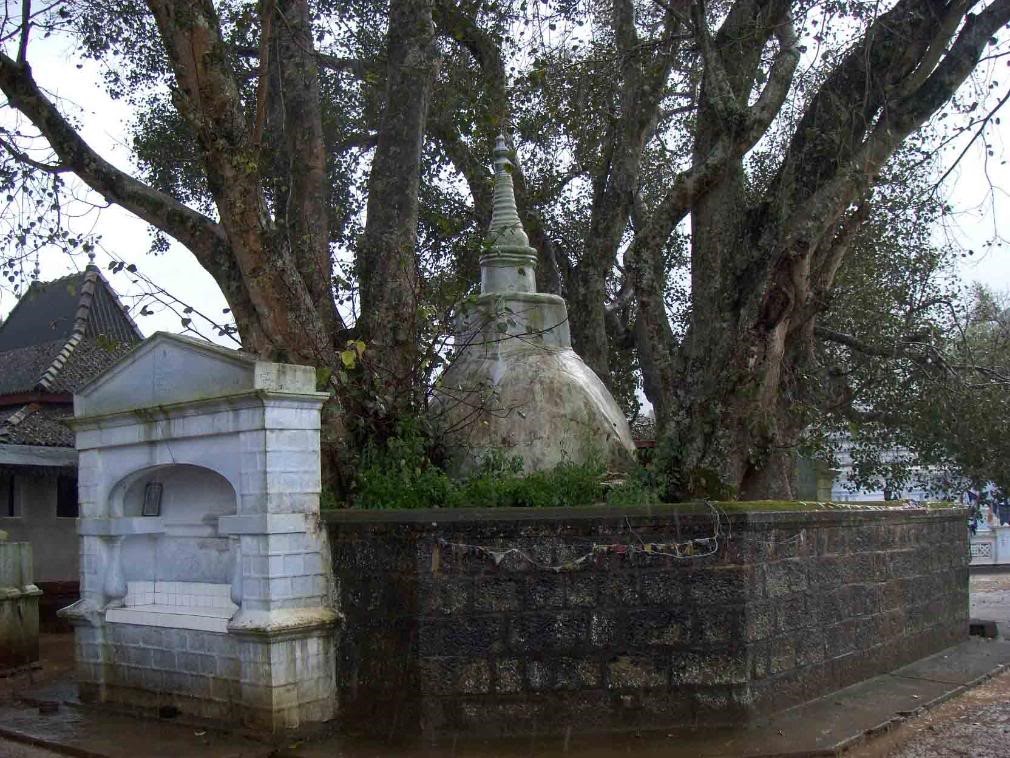 To the north of Colombo is the Kelaniya Buddhist Temple. This Temple is identified as the site of the Palace of Vibishana. Carvings to the effect are found on the outer wall of this temple. On the back side wall of this temple is a rock cut, sculptured panel depicting the coronation or Pattabhihekam of Vibishana 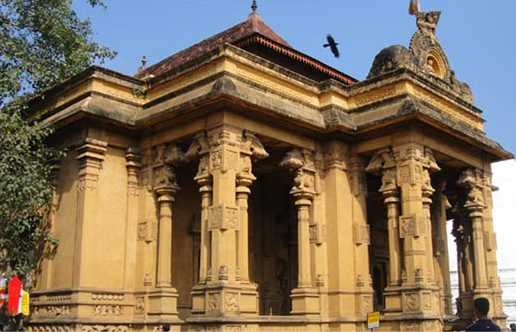 Which is tourist attraction, is located in setting of superb natural beauty. It is surrounded by hills covered with thick vegetation. Local traditions claims that Sita Devi spent here the last days of her captivity 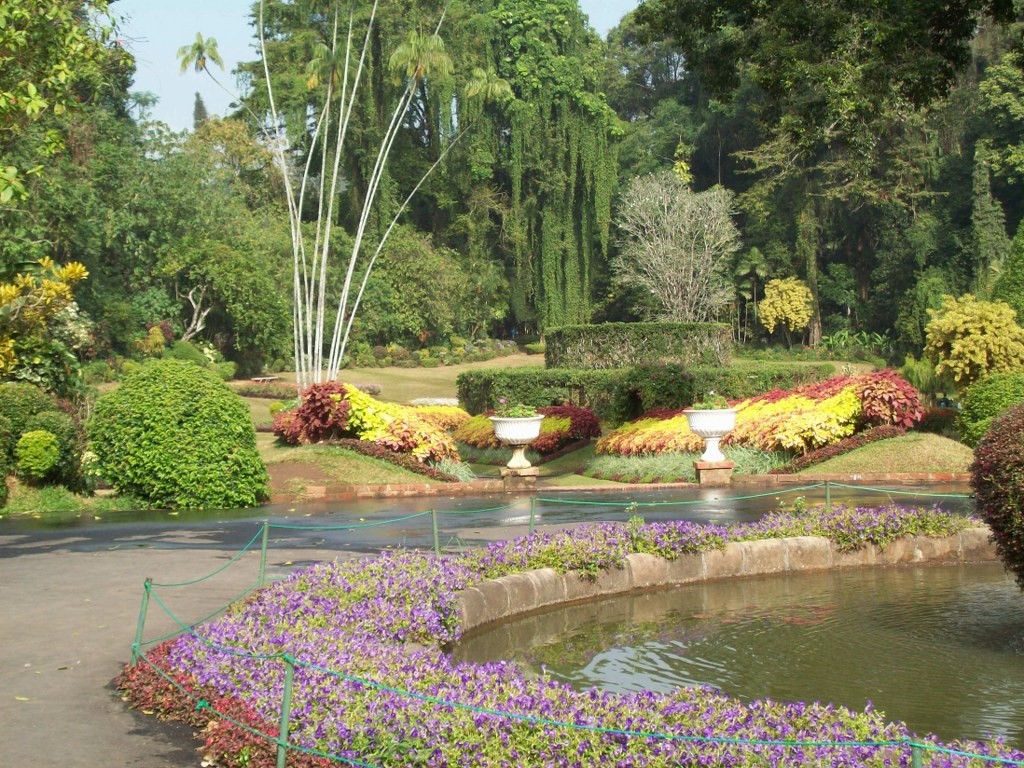 A cave named after Ravana. It Is said that Ravana had hid Sita Devi at caves behind the water falls. The place was at that time thick afforested region in the midst of wilderness. It is believed that Sita Devi bathed in a pool that accumulated the water falling these Ravana Falls. The famous Ravana Ella Cave lies 4500 feet above sea level. 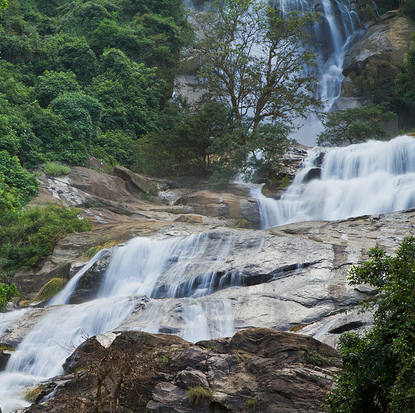 Ravana is said to have built a network of caves in his capital for his quick and secretive movement through the various hills.

After the Hanuman spoiting Sita Devi in Ashok Vatika, Ravana is said to have shifted her to Istripuram to keep her hidden. Hence the Istripuram which means “Place of lady”. 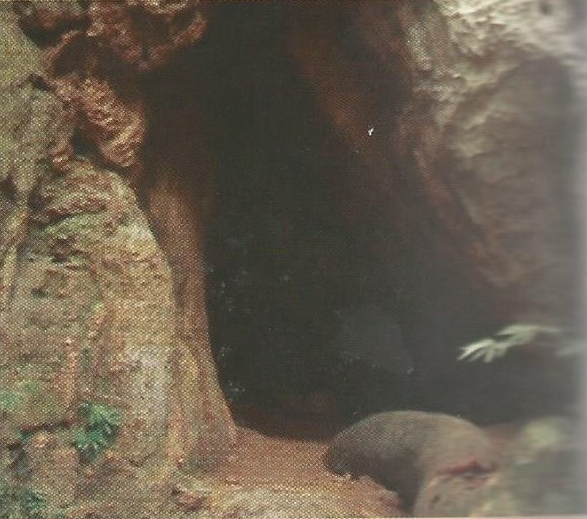 After Lakshmana was grievously injured and wounded in the battle by Indrajit or Meghnath, the son of Ravana, Hanuman brought a hillock with Sanjeewani herbs to treat Lakshmana

The Plants in these places are supposed to have medical properties